On this page, you will find all the necessary back-up information that one needs to professionally estimate Mariah's worldwide sales history, as it has been done on the previous pages:

For this, we will have a closer look at official press releases, label reports, awards and interesting articles from music magazines.

Let's get to the raw numbers... 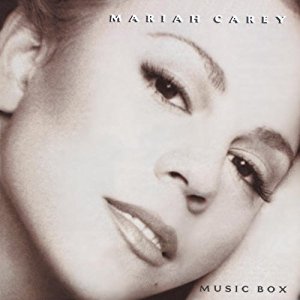 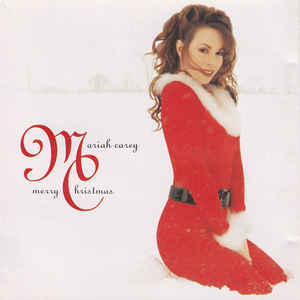 According to her label Columbia, Mariah's debut album had sold 8 million copies ww until the release of Emotions in autumn 1991.

Billboard gives some very insightful information for albums which enjoyed considerable success in Asia (outside of Japan): As such, Mariah Carey's debut album is named as one of those rare albums and is said to be "near" the level of 500,000 copies sold in the region -  and that obviously prior to the Music Box era, which would considerably boost its catalog sales once more.

Interesting insights into the sales progression of Music Box in Asia outside of Japan:

The article is up to July 1994 and suggests that further promotional campaigns would follow, so that these numbers have to been read as an update and not the final results for the album.

At the end of 1994, Mariah not only celebrates the release of her now classic Christmas album, but also received recognition for her blockbuster album Music Boxes, which had then sold more than 20 million copies.

The European magazine dedicated to  the music market presents some interesting information at the end of 1994, which was dominated by Mariah's Music Box:

Prior to the release of the new George Michael album at the time, Virgin Records chairman Ken Berry recalls the immense selling power of Mariah in Asia, citing her as an artist with the ability to shift a lofty 2 million units in Southeast Asia alone per album (here probably with reference to the Music Box album).

''According to Borchard, the Latin market will likely be treated to a Spanish-language rerecording of a song from ''Daydream'' later this year. ''At the moment, we're trying to decide which would be the appropriate song,'' she says. ''Mariah re-recorded 'Hero' from 'Music Box' in Spanish specifically for this market, and it was an effective tool in selling an additional 500,000 albums in Latin America.''

Representatives of Sony Music discuss the success of Music Box in Europe prior to the release of Daydream:

Interesting information in the text:

Merry Christmas and All I Want For Christmas Is You are the top-selling foreign album and single of the year.

Music Box is named the 10th best-charting album of the last 20 years (1975-1995) in Sweden. Mariah is the only female artist on the list, leaving behind artists like Madonna or Whitney Houston, which appears as a testimony of the grand success of Music Box in Europe.

The Billboard magazine gives insights into Sony Music's reports for its fiscal year 1995-1996 (March to March), during which time frame Daydream managed to sell 14 million copies worldwide up until March 1996.

The magazine reports stories about the biggest international acts of the year in South Korea with Mariah Carey being the most prominent n the back of her album Daydream which is cited to have sold 550,000 copies in the country to date.

The Billboard magazine gives deeper insights into Sony Music's report for the fiscal year 1996-1997 (March - March), for which Sony states that Daydream sold another 5 million copies worldwide after March 1996, bringing its total to 19 million up until March 1997.

Mariah's #1's compilation album eclipses the Bodyguard OST as the best-selling foreign album in Japan with sales of 3,25 million copies (including imports) after a mere 6 weeks of retail sales.

At the turn of the millennium, Mariah received an awards for Asian sales of #1's in excess of 1,6 million units sold (outside of Japan) for a total of then at least 5,2 million copies  (Japan ~ 3,6 mio) in the region as of 2000.

She also received a platinum certification for Rainbow in Hong Kong (20,000 units).

"...People thought no one would ever sell 10 million albums in Europe after Michael Jackson. And who was the next one to do so? Celine Dion. And we did 8 million albums with Mariah Carey in Europe."

Mariah Carey's "Glitter" album has become a major hit in Japan, the first and only world market where it has been issued so far, Billboard Bulletin reports. It is the country's No. 3 title this week, according to the latest Oricon and Dempa charts, and the most popular release by a non-Japanese act. Sony Music Entertainment (Japan), which shipped "Glitter" Aug. 18, says sales to date are 450,000 units. The album has a bonus track for the local market, a third mix of the "Loverboy" single.

Carey left Sony Music earlier this year for a worldwide deal with Virgin Records, excluding Japan. The Recording Industry Association of Japan says the singer's "The Ones", which sold 3.6 million units in the territory, is one of the biggest-selling albums ever by a non-Japanese artist. Virgin is scheduled to release "Glitter" Sept. 11 in the U.S. The movie for which it serves as the soundtrack goes to theaters Sept. 21 in the U.S. and in mid-October in Japan.

As previously reported, release of the film and the album were bumped after Carey suffered an emotional breakdown last month. The artist has plans to sit for an interview with Barbara Walters that will air Sept. 12 on ABC's "20/20" at 10 p.m.

Interesting from Sony Music Japan, which was at that time still distributing Mariah's musical releases in Japan:

'Music Box' is Mariah's biggest selling album to date, with over 25 million in sales (worldwide).

Mariah Carey Biography
In the United States it ('Music Box') became a Diamond album (10 million in sales) and sold over 25 million copies worldwide, 1 million sold from our country (South Korea).

Translation: 'Charmbracelet' is close to Double Gold status in France (200,000 copies) plus it sold over 3 million copies around the world.

Greatest Hits
With shattering vocals, Mariah Carey has sold in excess of 120 million (Sony Music) albums worldwide since her chart debut in 1990. The best-selling female performer of the 1990s, she rose to superstardom on the strength of her stunning five-octave voice, and has moved easily from glossy ballads to hip-hop-inspired dance-pop.

'The Emancipation of Mimi' sells 9 million copies worldwide
NEW YORK - Mariah Carey will hit the road for the first time in more than three years this summer on the "Adventures of Mimi: The Voice, The Hits, The Tour" arena outing. Dates get underway Aug. 5 in Miami and are on tap through Oct. 10 in Phoenix. Sean Paul will open the majority of the tour's first portion, with other openers to be announced.

Tickets begin going on sale June 2. The tour comes in support of Carey's smash hit album "The Emancipation of Mimi," which has sold nine million copies worldwide, according to Island Def Jam. Carey promises to also perform several tunes from her back catalog live for the first time.

Mariah Carey belongs to an elite group of female recording artists that have accomplished the feat of selling more than 100 million albums worldwide. With 145 million albums sold to her name, she places as the third best-selling, following Madonna and Celine Dion.